Rick Pauls will run as independent

Killarney-Turtle Mountain Mayor Rick Pauls has announced his intention to run as an independent candidate in the upcoming Brandon-Souris byelection.

Killarney-Turtle Mountain Mayor Rick Pauls has announced his intention to run as an independent candidate in the upcoming Brandon-Souris byelection.

Pauls, a card-carrying Conservative, said it was “disgust” with the party that led to his decision.

Pauls, 42, has been the mayor of Killarney since 2007. He owns two businesses in the town — The Blarney Stone Pub and Restaurant as well as the local florist/jewelry store.

Pauls said he bought a Conservative membership so he would have an active say in supporting who the next candidate would be.

“They took away that democratic process from their party by doing it this way,” he said, referring to the application rejection of both Chris Kennedy and Len Isleifson, leaving Arthur-Virden MLA Larry Maguire to be acclaimed.

“People need to have a choice and you know what? Maybe an independent voice for this region, maybe it’s a good thing, especially in a byelection like this,” he said.

“By showing people in Ottawa that we have an independent voice out here, that we’re free thinkers … that’ll give us maybe a little bit stronger voice.”

Pauls said running for higher political office has always been a dream of his. However, he wasn’t planning on it just yet, until he saw what transpired in the Conservative nomination race.

“I think that somebody has to do this just to say, you know what? As voters we’re going to keep you accountable to us at all times,” he said. “They cannot dictate to us, that’s not democracy … and I think people need a strong voice out there.”

Pauls said his time as mayor has been a great honour, and would like to those in higher elected offices take a cue from municipal politicians.

“Municipal government is a lot more accountable than anything else, because around municipal politics we don’t vote along party lines, we vote with what’s best for the region,” he said. “I think we need a little bit more of that when we vote for provincial representatives as well as federal representatives.”

Liberal and Conservative nomination dates have not yet been announced.

Media executive Rolf Dinsdale, whose father represented Brandon-Souris as MP for more than 30 years, is seeking the Liberal nomination. 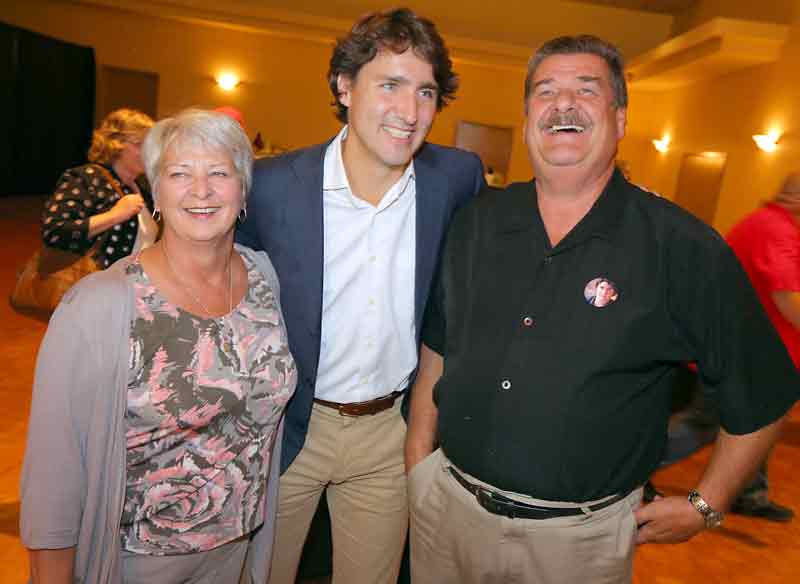